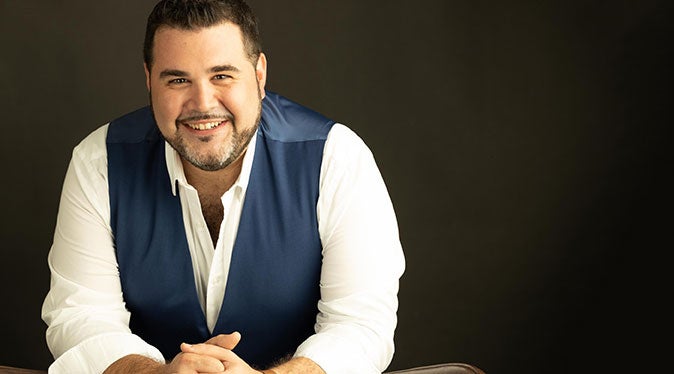 Diaz was one of the first to pivot all students to virtual lessons, continuing their much-needed arts education programs.

Bergen Performing Arts Center has announced the appointment of Alexander Diaz as the new Executive Director leading the organization to the future. Diaz was most recently Director of Education and Outreach at bergenPAC's Performing Arts School. During his tenure, he demonstrated his leadership abilities during a critical time at the onset of the pandemic. Diaz was one of the first to pivot all students to virtual lessons, continuing their much-needed arts education programs.

Bob Cook, Chairman of the Board, said, "We are thrilled to promote Alex to Executive Director. He's demonstrated his theater arts experience, great communication skills, community relationships, forward-thinking strategies and enthusiasm at our arts education school. bergenPAC's Performing Arts School now stands proudly as one of New Jersey's leading arts education centers. We are excited to promote within and have confidence in how Alex plans to take bergenPAC into the future."

Diaz has more than fifteen years of experience in arts education and theater production. At bergenPAC's Performing Arts School, he directed Rachel Zegler, the lead actress in Steven Spielberg's version of West Side Story in bergenPAC's productions of Les Miserables and West Side Story. He produced bergenPAC's Virtual Gala with Ray and Vivian Chew: Our Home, Your Home and shows El Gran Combo, Willy Chirino, Victor Manuel, and Jerry Rivera.

Diaz was a producer of American History Unbound producing shows at Carnegie Hall and The Kennedy Center. He directed and produced performance collaborations with universities, high schools, and middle schools, including musicals at bergenPAC and The Elisabeth Morrow School. Diaz holds a BFA from The University of the Arts in Philadelphia in Theater Management, Directing, and Production.

"We couldn't be more confident in Alex's ability to take bergenPAC to even higher levels of excellence," said Frank Huttle III, Founder. "He has earned this position as Executive Director and is committed to the arts center's mission. His contributions as Director of Education and Outreach and a member of the executive team during the past twelve years have been exemplary, supporting bergenPAC's vision and establishing a sustainable path for our financial and managerial operations."

Alexander Diaz said," I am humbled to take a leadership role at such a pivotal time in bergenPAC's legacy. My time as Director of Education at bergenPAC's Performing Arts School allowed me to work side by side with the most talented and dedicated staff, union members, area organizations, and the community at large. The experience has given me a solid foundation to lead bergenPAC into the future. I look forward to concentrating on developing new initiatives that build and strengthens staff, artist, audience engagement, development, and the Performing Arts School as the leading arts institution in all of New Jersey.

This exciting announcement also comes on the heels of bergenPAC's recent announcement of their Capital Campaign "Invest in The Arts," where they've successfully raised $10M from private donors, foundations, and a Bergen County-backed Bond. bergenPAC is now in the construction phase and reaching out to the public and business sector to raise the final $5M to meet their Capital Campaign goal of $15M. The additional $5M will safeguard the nonprofit's future stability as it continues to create the most significant arts center in Northern New Jersey. To learn more about this historical funding, visit bergenpac.org.